Challenge
After a bad experience with a competitor’s software during the inaugural Alpha Games, organizers Karima and Marlon Georgiou knew they had to make a change. They needed a versatile competition software system that could be easily taught, implemented and adjusted on the fly. Additionally, they needed a solution that could quickly build heats automatically, saving them the hours they lost manually entering participant’s names with their previous system. Enter Wodify Arena.

Solution
“We’ve been using Wodify Core for nearly 4 years. We were the first box in France to use it,” says Karima. “Because Arena was coming from the same brand as Wodify Core, I knew it had to be good.” Added Marlon, “As soon as Karima told me what it was, I said, ‘We have to get it NOW!’” Head scorekeeper Lionel Souyris was also impressed with how seamlessly Wodify Arena was able to push athletes’ scores to the Leaderboard. “It was such nice software to use. We tried a couple and this was by far the best one.” Alpha Games judges’ were also able to check out the Wodify Judge app and found it intuitive and helpful. “It’s just like the Wodify Core app for the box. It’s easy to use,” said judge Adam El Maataoui.

“There is no Alpha Games without Wodify Arena.”

Results
“There is no Alpha Games without Wodify Arena,” says Marlon. Wodify Arena stood up to the challenge of managing a competition over two days, with seven WODs and over 300 athletes. From its user-friendly heat-building feature, to the integrated judge’s app, to instantly showing athletes their scores on the leaderboard, Wodify’s first appearance at the Alpha Games was a success. “Wodify Arena has everything I want as a programmer for an event,” said Marlon. “There are things that only an organizer would know after going through a bad experience. Wodify Arena knows how to take those details and turn them into a good experience,” said Karima. 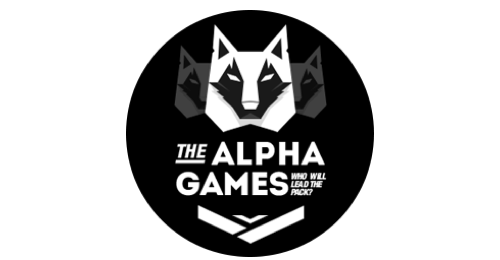 The Alpha Games is a two-day international fitness competition based in Nice, France. It is the brainchild of husband and wife team, Karima and Marlon Georgiou, who serve as lead organizer and lead programmer, respectively. Created in 2016, the competition has grown to include participants from 32 counties. In 2017, Wodify Arena became The Alpha Games’ hand-picked competition software of choice.
Location
Nice, France, Europe
Members
300 participants
Programs
CrossFit Competition
Products Used
Wodify Core, Wodify Arena

Plan your next competition with Wodify Arena.