Eric Hanna had been through the ringer with his gym’s website without finding much success. First, there was the DIY version, designed by a friend, that was simply something to have up and running when CrossFit Bowling Green opened its doors. It was inexpensive, and that’s about all it offered. Next, there was the one hosted by a large company that charged him $1000 a month. More functional, but in his words, the cost was “crazy”. Finally he scaled down to a local company for half the price, but they couldn’t offer necessary features like lead tracking and lead generation. And any time he wanted to make a change, it turned into a month-long process.

Eric just needed a quality website that he could control, with advanced features that would help him build his business. And it had to be affordable.

With Wodify Sites, he’s found everything he needs. “What steered us toward Wodify Sites was the ability to have more control over our site,” said Eric. “It’s instant. I can get on my laptop right now, switch things around and we’re good to go.”

Even without much website-building experience, the initial set-up call and online tutorials have given him the confidence to make the changes he wants, when he wants. But most of the time, he just sits back and lets the website do its job. “Wodify Sites is worth it because of its ease of use. Time is money, so the more time I can free up and not have to worry about my site gives me more time to pay attention to our members.”

“Since I set it up, I haven’t had to think about it, which is comforting. It’s doing its job...it’s always generating leads”.

Eric was hoping to improve his leads and membership conversion rate, but the results caught him by surprise. “When I sat down and ran the numbers, I was impressed,” said Eric. “It was explosive!” Since implementing his new website from Wodify Sites, he’s seen double the leads compared to his old site. And he’s been able to convert 84% of those leads into new members. On top of that, he’s paying much less than half the monthly price of his previous site with better results.

In all, Eric is thrilled with the job his new Wodify Site is doing to grow his membership. “Since I set it up, I haven’t had to think about it, which is comforting. It’s doing its job...it’s always generating leads.” 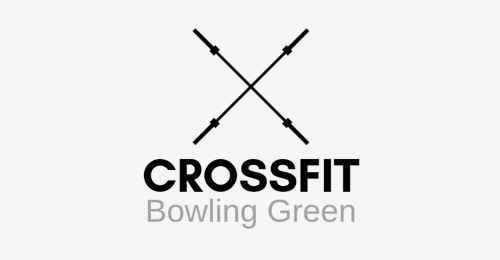 Eric Hanna and his wife Emily Barnes-Hanna own and run CrossFit Bowling Green in Bowling Green, OH. Although the college town they live in may not be huge, their gym maintains a strong, vocal community that is passionate about fitness.
Location
Bowling Green, OH
Members
100
Programs
CrossFit
Products Used
Wodify Sites, Wodify Core, Wodify Perform

If you’re interested in learning more about Wodify Sites, talk to one of our product specialists today.